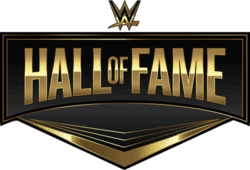 This week, our Aussie trio of wrestling fanatics sat down and discussed who they’d induct into the WWE Hall of Fame, excluding obvious superstars like Undertaker and The Rock and anyone who’s currently a full-time performer.

Some of their pics were obvious, some thoughtful, some a little left-field and others controversial… but all valid.

So, chuck another snag on the barbie and check out Episode 2 of AT3.