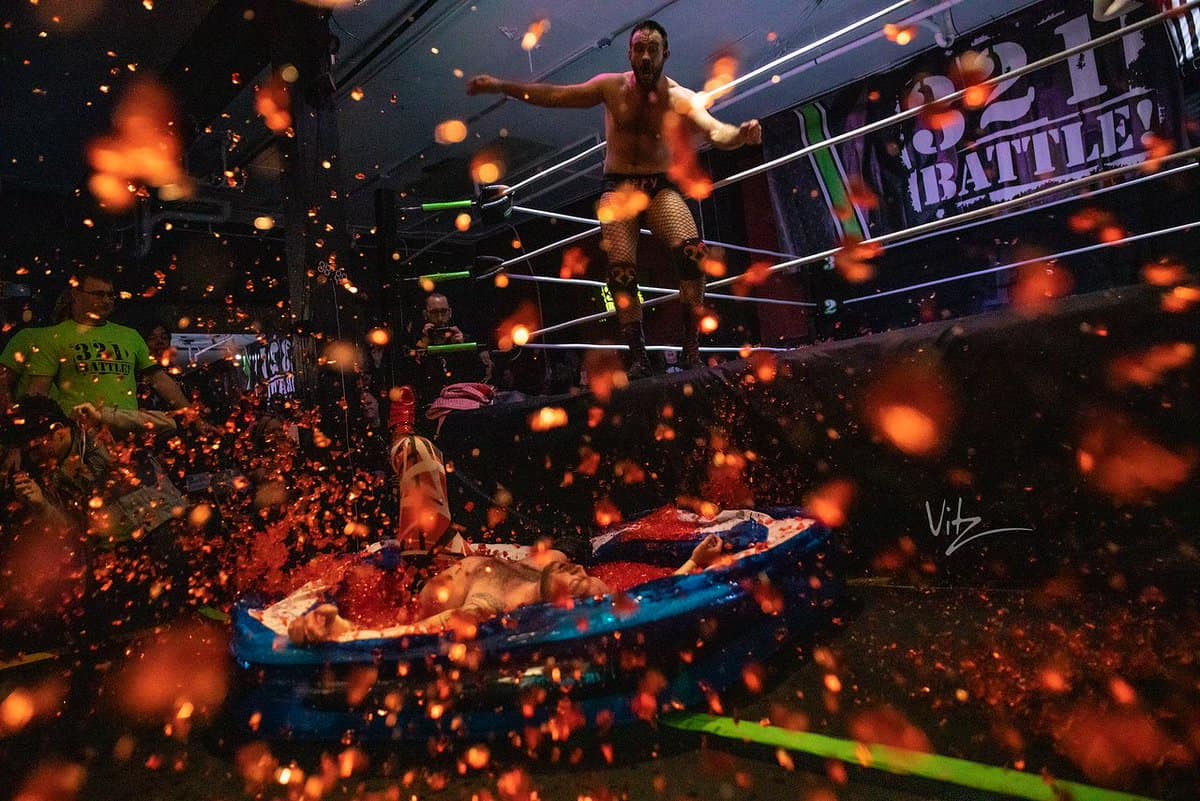 Never one to rest on his laurels, the Captain (@JackHeartless) gets to business and welcomes back the King of Thong Style, Eddie Van Glam (@EddieVanGlam), who has more to say than ever before as he breaks down his 2019 in detail.

Eddie pulls no punches as he discusses his triumphant return from a potentially career-ending knee injury, troubles with the front office at 3-2-1 Battle! (@321Battle), feuding with Pitfall Jones, willing his dream match with EFFY (@EFFYlives) into existence…and Captain Jack helping him get his title shot back?!