By Derek Montilla on September 20, 2018 in Battle of Los Angeles, Hell in a Cell, Podcast, PWG, RAW, SmackDown, The Steel Cage Podcast, WWE 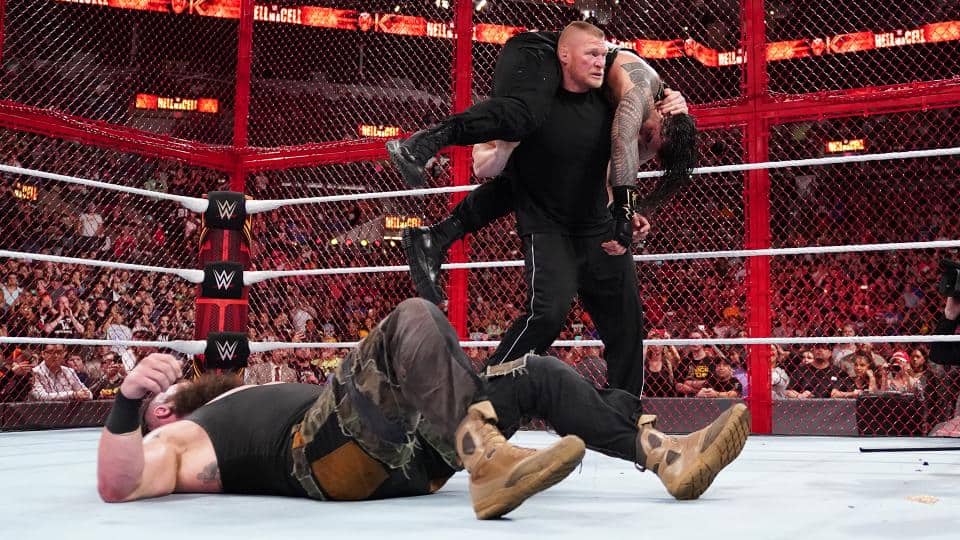 We survived Hell in a Cell and lived to tell about it thanks to Brock kicking in the door. We talk about the good, including Becky “F’n” Lynch being back on top of the mountain and the magic created by Ambrose, Rollins, McIntyre, & Ziggler, and the bad, which is ending a PPV with a shitty DQ finish. We also discuss our monster Jeff Cobb winning PWG’s BOLA, the aftermath on RAW and Smackdown, confiscating signs at wrestling shows, and more.